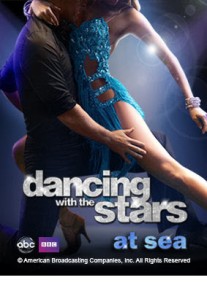 Holland America Line will take the hit show, “Dancing With The Stars” to the sea with unique theme cruises featuring stars and dancers from the show and a shipboard program enabling passengers to showcase their best dance moves for the chance to win a free cruise and the coveted mirror ball trophy.

The onboard dance program began in late February and will run through to sailings in late November across 15 ships in the Holland America fleet.

It will feature complimentary dance lessons with the ships’ dance professionals and a dance-off competition to win a free cruise aboard the 12 January 2014 ‘Dancing with the Stars: At Sea Champions Cruise’.

Senior ship officers, shipboard dance professionals and cruise staff will form a judging panel to vote on the best dancer who performs one of the show’s routines in the main show lounge.

The judges’ scores will be combined with audience appreciation scores to determine the winning passenger with the highest scorers from each of Holland America’s 15 participating ships winning a free ocean view stateroom on the 12 January 2014 ‘Champions Cruise’ aboard ms Nieuw Amsterdam.

Those participating in this special-themed cruise will perform with their professional shipboard dance partners in the main show lounge for their fellow passengers, celebrities and dancers from the television show.

The winning couple will be awarded the title of Holland America Line’s ‘Dancing with the Stars: At Sea’Grand Champion and will walk away with the cruise line’s version of the mirror ball trophy.

The ‘Dancing with the Stars: At Sea’ theme cruises are peppered throughout 2013 and 2014 and will feature complimentary dance lessons, meet-and-greets with the dancers and celebrities from the television show, a fashion parade of the show’s costumes and an exclusive production starring the celebrities and dance pros from the show.

Currently scheduled theme cruises are as follows with the professional dancer and celebrity lineup subject to change:

Professional Dancers: To be announced

Professional Dancers: To be announced

Click here to view a promotional video of ‘Dancing with the Stars: At Sea’.