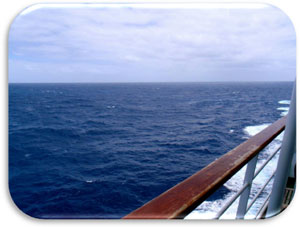 Whilst my first time cruiser investigated the many ways to overcome seasickness, I hit the decks to experience the array of activities onboard Pacific Pearl.

Rocky seas overnight rendered us both a little tired, but, being the joiner that I am on cruises, I had marked my ‘Pacific Daily’ dutifully and decided to ignore the four-metre swells we were experiencing.

First stop after a delectable buffet breakfast in the ‘Plantation Restaurant’ was a Hip Hop class with the dance captain Alex but, alas, the seas were not in our favour and it had to be cancelled.

Instead, I prepared myself to, hopefully, win at Snowball Bingo in ‘The 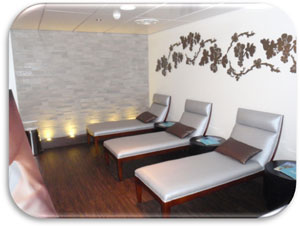 Marquee’ and decided on a one game ticket for $10.

Bingo is one of those things that I never participate in on land but, take it to the sea and I am a convert, generally along with most of my fellow passengers wanting to win some money.

First-time cruiser from Sydney and all-round Aussie bloke, John, was not someone you would peg for a bingo player, but he too caught the bug and got right into the swing of things.

Cruise staff Gareth got an overwhelmingly ill crowd into the mood and helped them forget the ‘motion of the ocean’ with those good old traditional bingo calls for an hour or so and gave away several hundreds of dollars to boot. 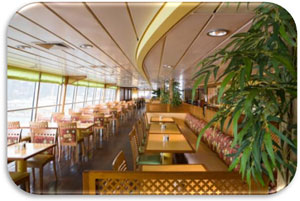 The ‘Pacific Daily’ was jam packed with things to do for our first sea day but I wasn’t a fan of the layout with everything sorted via venue as opposed to time, which can be a tad confusing with the amount of activities on offer.

A quick nap (I was on a cruise after all) and a check-in on my first time cruiser who had just trialled the seasickness acupuncture treatment in the ‘Aqua Spa’ put me in good stead to watch the ‘Liars Club Game Show’ which is always a favourite of mine onboard.

Starring the Pacific Pearl lead vocalist, Nicholas McBride, comedian Demo Simis, dance captain Alex Grace and cruise director Zoltina-J, their aim is to explain the meaning of a word and convince the audience that they are, in

It was a hilarious way to spend the afternoon in ‘The Marquee’ before a beautiful dinner at ‘Salt Grill’.

When I was envisioning my first time dining at Luke Mangan’s restaurant at-sea, I didn’t expect to be the only one in my party actually eating.

My first-time cruiser was still feeling well under the weather unfortunately and I had no choice but to make up for the dishes she just couldn’t handle after a day of feeling so seasick.

I think I did her proud though and devoured the kingfish sashimi with ginger, eschallot and persian fetta as my first dish.

With ingredients proudly Australian like all produce onboard, and flavours that just explode in your mouth, the menu offers something for everyone standing by its claim to be the ‘best restaurant at sea’.

One of the best things about dining at ‘Salt Grill’ is that you can select a variety of dishes at no extra cost. If you feel like two entrees instead of a main meal you can. If you want one entree and three desserts…well you can do that as well!

There are only a couple of dishes that incur an additional charge, like the 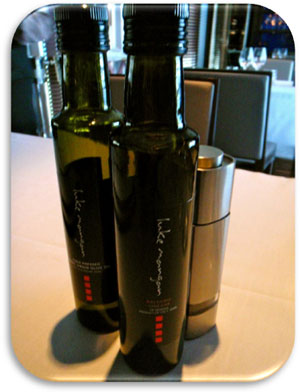 oysters and lobster and, even then, for the offering, they are minimal.

I decided to select a variety of dishes from the ‘Oyster & Raw Bar’ section of the menu along with the ‘Salads & Things’, which gave me the opportunity to sample a variety even though I really wanted to order everything!

If the warm house baked plain and zarter bread with Luke Mangan olive oil and dukkah was anything to go by, we were in for a treat!

F&B Supervisor Rish and waiter Vidya, along with the team at ‘Salt Grill’, ensured that we had everything we needed and, whilst they were disappointed that my first-time cruiser wasn’t able to eat much, they certainly tried to offer her dishes that would try and settle her stomach a bit. They truly went above and beyond.

Such an intimate setting is a lovely touch onboard a ship that has a capacity of 1,950 guests and it would be the perfect spot for a romantic dinner for two.

Their signature dish is the glass Sydney crap omelette served in a miso mustard broth and, whilst it may not sound as if the flavours would complement each other, they really do. 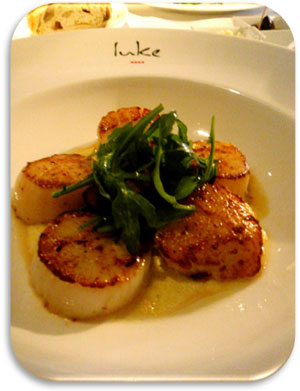 main for two people or simply as an entree.

Next up was the seared sea scallops with blue cheese polenta and truffle oil but I was so full from my other selections that I just couldn’t finish the dish and, unfortunately, had to refuse dessert!

Now the perfect antidote to such a filling dinner is to dance it away…and that’s exactly what we chose to do with my first-time cruiser joining me in ‘The Dome’ for a line dancing class ahead of country and western night.

Dance captain Alex and pacific entertainer Stuart led the lesson and, let’s just say, the motion of the ocean certainly provided some extra entertainment to passengers onboard determined to get those moves down pat before DJ Cowboy hit the decks later on.

Pink bandana tied around my neck courtesy of the boutique on deck 7, I was prepared to dance the night away along with my fellow cowboys and cowgirls, regardless of how silly we looked stumbling from one side of the dance floor to the other!