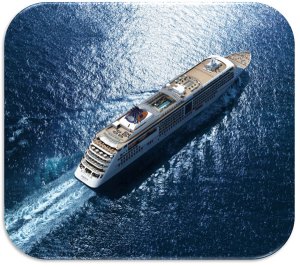 Construction of Hapag-Lloyd Cruises’ ms Europa 2 is underway at STX Europe shipyard in Saint-Nazaire, France with the ship slated to launch in May 2013.

The 516-passenger all-suite ship will offer 11 decks with the largest space per passenger in the industry and 251 suites across seven categories featuring balconies measuring at least seven square metres. 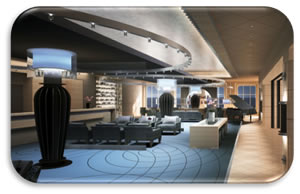 All suites measure from 28-99 square metres and will offer WiFi, a tablet PC and a complimentary mini bar. The higher category suites will feature a jacuzzi with the 16 ‘Spa Suites’ offering a rain shower and steam sauna as well.

Families will be catered for with seven suites connected by a door and shared balcony.

“We are breaking new ground with 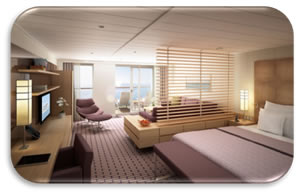 the Europa 2. She will represent a modern and casual interpretation of luxury cruises in terms of her architecture, her restaurants and her entertainment program,” Hapag-Lloyd Cruises managing director Sebastian Ahrens said.

“The ships will be positioned internationally; English-speaking guests will feel comfortable on every cruise on the Europa 2.Most of the entertainment onboard does not rely

on language. The onboard announcements will generally be reduced to a minimum and made in German and English at all times.”

26 itineraries from seven-days in duration will be offered, taking in a total of 123 ports in the western and eastern Mediterranean, Arabian Peninsula and Southeast Asia including the rarely visited ports of Bonifacio and Portofino that are difficult to access by larger ships.

The eight restaurants onboard will offer flexible mealtimes with no assigned seating and a variety of tables for two. Three specialty restaurants will include Mediterranean, French and Asian cuisine along with a Sushi Bar and will be included as part of the cruise fare. 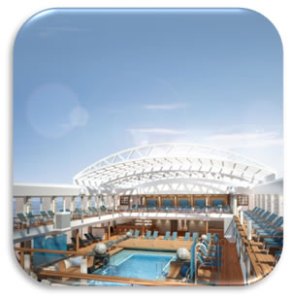 For the first time on a Hapag-Lloyd cruise ship, the entertainment program onboard will offer two different large-scale production shows per week showcased in the theatre that will be equipped with the latest technology and an LED screen extending across two storeys.

The 1,000 square metre ‘Ocean Spa’ will offer a range of experiences across eight treatment rooms including Thalasso therapy, massages and facials with the

‘Personal Spa’ option giving passengers the experience of a private sauna, jacuzzis and massage beds available for hire per hour or day.

Personal trainers are available in the fitness centre which will also offer cardio weights equipment, Pilates and cycle classes.

In a first for the German market,

childcare will be available for toddlers two years and over at an additional cost.

The toddlers’ ‘Knopf Club’ will be equipped with cots, changing tables and toys provided by Steiff while children aged four to ten years will be entertained in the ‘Kids Club’ and 11-15 year old cruisers will gather in the ‘Teens Club’ which will offer foosball tables, video games and a disco.

Children 11 years and under cruise free of charge on Hapag-Lloyd when accompanied by two full-paying passengers.

Taking the environment into consideration, Europa 2 will be the first ship equipped with catalysts which reduce the emission of nitrogen oxides by almost 95 per cent.

Click here to view the complete gallery of artist impressions.