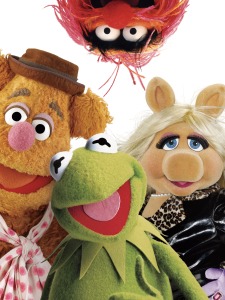 Jim Henson’s Muppets will reside onboard the newest addition to Disney’s fleet, Disney Fantasy, when she sets sail in March 2012.

Passengers will have the chance to play “The Case of the Stolen Show” which will take them on an interactive journey around the ship uncovering ‘clues’ via the ‘Enchanted Art’ onboard and physical ‘evidence’.

Kermit, Miss Piggy, Fozzie, Gonzo, Animal and more than 20 of their friends are preparing for a performance when some very important props are stolen.

Rather than turn to Pepe the King Prawn for help, Kermit and the Muppets ask the Disney Fantasy passengers for help.

Suitable for passengers over nine years of age, they will be guided by a map and will hold a unique game card in front of specific pieces of ‘Enchanted Art’ to uncover the clues to find the missing props before the curtain is raised on the Muppets’ show.

Disney Fantasy will also feature a Muppets message board along with a Muppet-sized stateroom door which will offer additional clues.

It may be a line that mainly caters to younger cruisers, but everything about the Disney cruises excites me!

‘The Case of the Stolen Show’ is reminiscent of those fabulous “Choose Your Own Adventure” books I used to read as a child and sounds like the perfect addition to their newest cruise ship.

As an adult, have you sailed on a Disney Cruise before? If so…what are your thoughts?