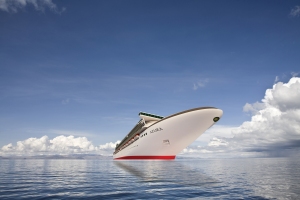 P&O Cruises World Cruising is set to introduce a new policy for tipping across its seven ships from April 2012.

A fixed daily rate of £3.10 will be added to passenger’s onboard accounts which can be increased or decreased whilst sailing on Adonia, Arcadia, Aurora, Azura, Oceania, Oriana and Ventura.

“Tipping has always been an integral part of the cruise experience but sometimes our passengers tell us they’ve been confused over whether or when to leave a cash tip for their waiters and cabin stewards,” P&O Cruises managing director Carol Marlow said.

“Our new tipping policy aims to remove this confusion in much the same way as most restaurants these days add a suggested gratuity to the bill.”

Ms Marlow highlighted that the P&O Cruises daily suggested rate is less than other cruise lines but that their staff are permitted to accept additional tips for exceptional service.